Are Your Creatives Overworked? Manage the Workload 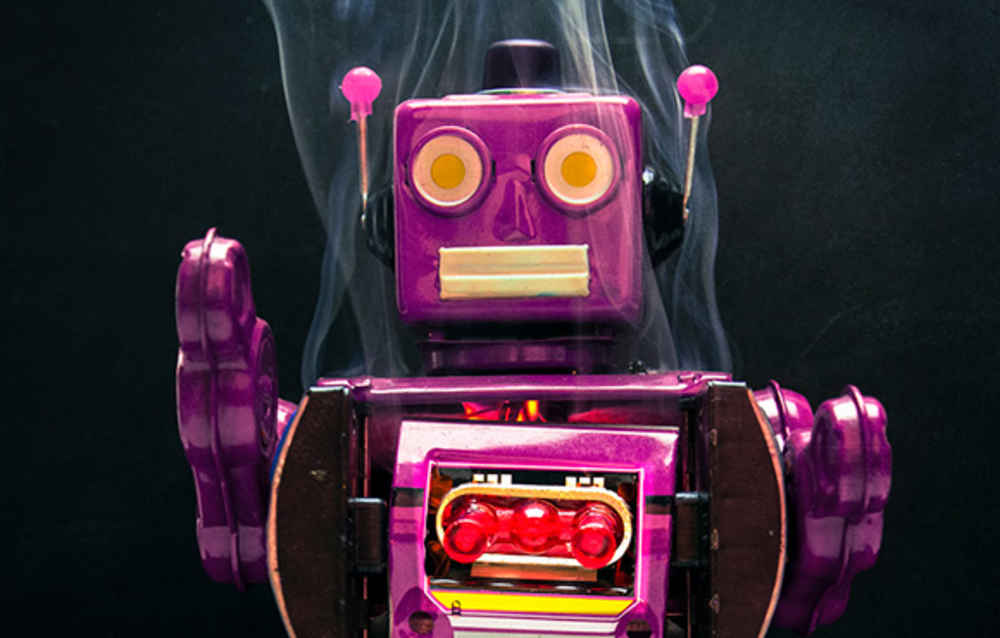 Following the Great Recession a decade ago, ad agencies and creative firms reduced staff and asked employees to assume responsibilities formerly spread among departed co-workers. As the economy recovered, we began to feel the effects of imposing heavier workloads on our core people.

Another report from Adobe-sponsored IDC “found that 71 percent of creative workers were producing 10 times more work in 2015 compared with 2010.” The report also found that in-house teams no longer just create artwork; they are expected to help guide strategy, as well as take on many more channels than in the past.

“It’s not uncommon for a team of fewer than ten creatives to support the demands of fifty+ stakeholders in businesses with $500 million or more in revenue,” concluded IDC.

This burden of work and responsibility is happening in part because of the current trend of moving marketing away from outside ad agencies and under the in-house umbrella. Companies want more control over marketing expenditures… but they aren’t dedicating resources and personnel to executing marketing initiatives.

Businesses expect small, in-house creative teams to execute at the scale of large ad agencies—but at the speed they once executed smaller, in-house projects. The generations of designers and ad people who were willing to expend excessive amounts of unpaid extra hours to make the work good—or just get it done—are fast retiring from the business. Millennial workers moving into vacated positions see no value in being treated like wage slaves. It’s not what they were trained for in their idealistic design schools, and they don’t care to surrender work-life balance to companies that accord them little respect.

Add comparatively low salaries, and it’s no wonder so few young people are interested in advertising and design careers.

Note that workload issues are not limited to in-house designers. Ad agencies can all too easily begin operating in “always on” mode… and forget to switch back to a normal schedule. This happens because clients think technology means we can do everything in far less time, and that, somehow, computers make developing great ideas easier. We still need time to think. Also, just because we canbe reached at any time, anywhere, via mobile phones, does not mean we should encourage clients to treat us as if we were on call 24/7. Round-the-clock service may be a good model for fast food franchises, but it is no way to run a strategic creative consultancy.

Agencies are also guilty of imposing unreasonable deadlines on freelancers. We call on them to free our in-house people for creative thinking time, but impose the same rush scheduling on contractors that we complain about when we are on the receiving end. Burnout can happen to everyone in this business. Be aware of freelancer needs; work with clients to ensure whoever gets the assignment has adequate time to complete it, and that you can build in quality controls.

Allowing clients to impose ridiculous workloads and timing on your agency encourages them to treat you like a vendor. Take the necessary steps to regain control of your workload and prevent burnout.

1. Manage scope from day one. Submit a scope of work document to the client before you begin any project. Have them sign it. As soon as you perceive scope may be exceeded, notify the client and renegotiate hours and the estimate.

2. Spread the load. Work with project managers or traffic managers to adjust internal assignments, and determine if extra people may be needed. Avoid putting too much workload on just a few employees. Spread it and manage it.

3. Use freelancers wisely. Loop in independent contractors early on big or rush projects, so they are ready to grab-and-go as soon as your team gets approval of the creative concept. Strive to provide adequate time internally and externally. Few projects are so bound to a deadline that timing cannot be negotiated.

4. When it absolutely, positively has to be done overnight… If the client has a legitimate need for rush work, do your best to accommodate them. Make sure they know you are going the extra mile to assist them. Don’t allow clients to start treating your one-off favor as your “normal” turnaround.

5. Learn to say “no.” If a client request on timing or project scope is excessive, say so and decline the work. Often your refusal to accept ridiculous terms, or adding an upcharge on your usual rates, will cause the client to back down and adjust schedules. Boundaries are good things.

6. Make sure you get paid for rush work. Think about what constitutes normal turnaround versus what you deem “rush.” Make sure clients know when a rush job means rush pricing (to cover overtime or extra personnel). Again, rush billing may make clients rethink timing demands.

Running a lean agency can result in too heavy workloads for your team. Be alert to employees too often working late; encourage employees to unplug on weekends; and watch for signs of increased stress and tension. Encourage people to take short breaks during the workday. Give a bonus day off to people who’ve completed a tough project. We all work better, and smarter, when we are refreshed, alert and in control. A little chaos is fine when it happens only rarely. Making a habit of it is a good way to lose people, quality of output and reputation because of rush-forced errors.

The agency business has always had a certain amount of rush work. Learn to manage it so it doesn’t erode your culture and employee morale.