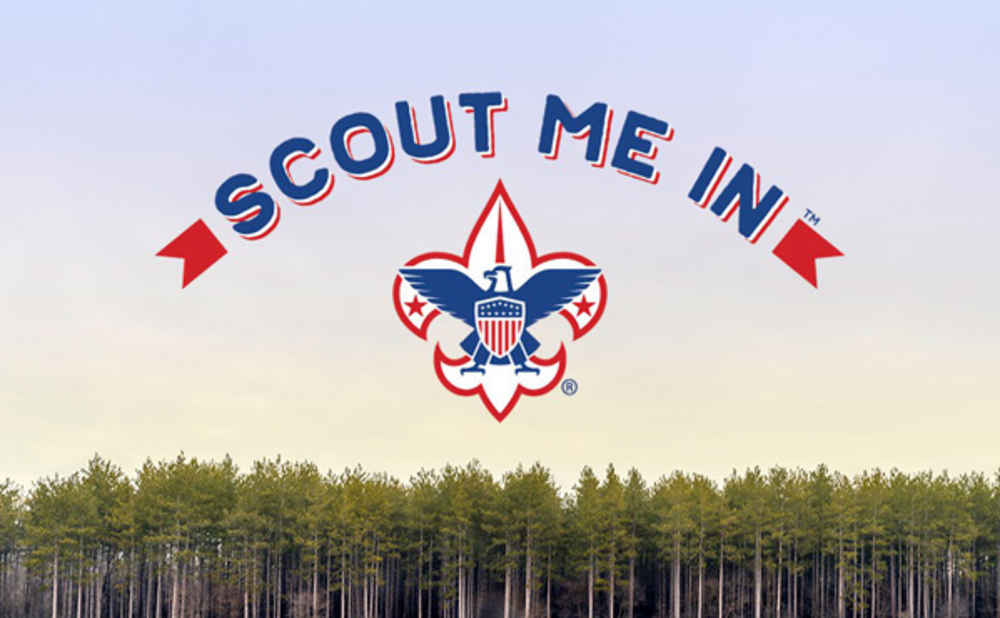 The Boy Scouts of America has a long history in the USA. At 108 years old, it can definitely lay claim to being a heritage brand. So it is no surprise that the announcement of a rebrand has stirred up a lot of brand loyalists, and turned the BSA into a case study on the dangers of repositioning a heritage brand.

As of 2019, the Boy Scouts of America will begin calling itself simply Scouts. Kicking off the change is a new campaign, “Scout Me In,” shifting to a gender-inclusive strategy that includes inviting girls to join as Cub Scouts and eventually pursue the Eagle Scout designation.

The BSA’s Board of Directors unanimously approved welcoming girls into the organization in late 2017. Apparently, families have been inquiring for some time about the possibility of including girls in BSA activities. The board deemed it valuable to promote the BSA’s mission and values to children of both genders, to grow young men and women through character development and leadership. As a recruiting tool, inviting girls may be particularly valuable: large percentages of families expressed greater interest in scouting if they could include their daughters as well as their sons.

But while the families-asked-us reason sounds lovely, raising Scout participation is the key issue. As of the Scouts’ Centennial in 2010, membership rested at 2.8 million—half the 6.5 million members at Scouting’s peak enrollment in 1972. Wired reported that the BSA saw an 11% membership drop between 2000 and 2010, and Cub Scouts enrollment was even worse, with a 23% decline. By last year, the organization reported membership at 2.3 million… leading to the Girl Scouts of America accusing the BSA of trying to “poach” its membership to raise BSA enrollment numbers.

All of this raises the question of whether this is an inclusivity rebrand… or a desperate bid to stay relevant in a changing culture.

The Girl Scouts of America are not having any of this. The GSA sent a strongly worded protest to the BSA prior to their announcement last fall, asking why the BSA would undercut the GSA in a move they characterized as comparable to a “corporate hostile takeover.” Why not instead market strongly to the large number of boys not currently enrolled in Scouting, including African-American and Hispanic children, asked the Girl Scouts. An excellent question: population trends indicate growing diversity in U.S. demographics, so attracting more Scouts from new ethnic groups would seem like good long-term planning. Perhaps attracting girls from families already interested in scouting seemed easier. But easier does not always equal “brand-aligned.”

The GSA, an organization founded on similar ideals, but independent of the BSA, currently claims 2.6 million Girl Scouts. That includes some 800,000 adults involved as leaders or volunteers. Enrollment peaked in 2003 at 3.8 million, and the organization has its own financial woes, with philanthropic support plummeting.

The Girl Scouts are running a campaign to counter the BSA’s recruiting push. In recent years, the GSA overhauled its programs to include many aimed at helping girls discover business/leadership skills and pursue STEM careers. Girl Scouts are more likely than non-Girl Scouts to enter science, technology, engineering and math fields. Girl Scouts also tend to become more active in their communities and as business and political leaders: 73% of all female U.S. Senators and all female secretaries of state have been Girl Scouts. The GSA also argues that all-girl programs offer better learning experiences for girls, and is relying on support from its 50 million alumni with a new LinkedIn effort. That effort will be essential, as many local GSA councils are already reporting lower enrollments due to the BSA campaign. Welcome to the latest battlefield in the gender wars.

Some programs advertised as co-ed on the BSA website have been open to girls since the 1970s. But in this current push to attract young women and their families, the BSA seems to want to have it both ways—retain its male gender-focus while growing its membership with expanded girls’ and co-ed programs. Despite noting that individual Cub Scout dens will determine whether to be all-boy, all-girl or both genders, and that a girls’ Eagle Scout program would be a separate path from boy Eagle Scouts, the rebranding effort led to a loud and at times unhinged backlash across social media. (What doesn't result in an unhinged response these days?) Many on the political right heralded the Scouts’ move to include girls as one more step in the downfall of civilization as we know it, or at least as one more example of the “culture wars” (the BSA is built on Christian foundations), or feminism gone too far.

Making acceptance of the change problematic is the relatively rapid shift from the BSA’s one-time stance on gender and faith exclusivity, to a more inclusive strategy. The BSA has been accused in the past of faith and racial discrimination. Atheists and agnostics are not officially welcome, although many participate under the Scouts own version of “don’t ask, don’t tell”; and the majority of Scouts are white, even as younger American families have become far more ethnically diverse. The organization first allowed female troop leaders in 1988 following a lengthy lawsuit. It wasn’t until 2013 that the BSA formally lifted its ban on gay scouts, and they allowed transgender Scouts in 2017.

A difficulty for many Dens and Packs is that churches are often their supporters and meeting places. The Mormon church, for instance, one of Scouting’s largest sponsors (some 400,000 members were Mormon in 2010), cited “diverging values” as they withdrew 185,000 older Scouts from the BSA when the org agreed to accept gays as Scout leaders in 2015. In May, the church announced they would withdraw all of their Scouts as of 2019 and start their own faith-based scouting organization. The emphasis on faith-based values may have caused younger, less-church-affiliated families to fail see the appeal of Scouting; now, the BSA brand may have positioned to attract more of those families, but also to lose at least some of their long-term supporters.

The final key in the BSA’s recruiting problems is that many Millennials are staying single or delaying starting families longer than earlier generations. That means a shrinking pool of potential Scouts, with parents who themselves may never have participated in Scouting. The Scouts are in survival mode, trying to “be prepared” for changes that have already happened.

The BSA may have waited too long to alter course to attract new Scouts, and the steps they are taking now to reposition may prove to be an error their advocates and supporters will disdain. Unlike a product brand, they can’t simply discontinue a failed brand effort and revert to the old formula, like Coca-Cola did after their New Coke fiasco. In an effort to regain relevance, the BSA may have tied themselves into a knot that can’t be undone.