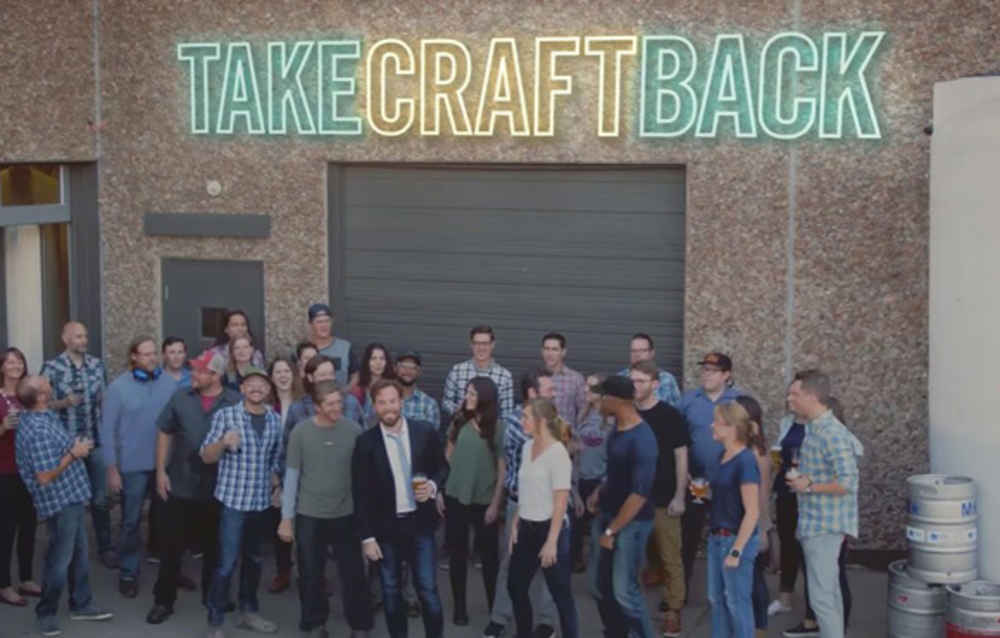 Stroll into many small towns’ central social scene, and you’re likely to stumble upon a local micro-brewery or brewpub. Back in 1982, when the first Great American Beer Festival took place in Boulder, CO, just 20 breweries were present, offering 35 beers. Today, the same festival features 3,800 beers. And by 2016, scattered across the nation, you could find 1,916 brewpubs, 3,132 microbreweries, and 135 regional craft breweries, per CraftBeer.com.

The US beer industry is a $108 billion market, and craft beer is it’s fastest-growing segment. To qualify as “independently crafted,” a brewery must be less than 25 percent-owned or controlled by an alcohol industry member that is not itself a craft brewer, and is limited on the volume of beer they can produce to maintain the craft designation. The number of US craft breweries has more than doubled since 2012, says the Brewers Association. This speedy growth has created a high demand for design services, as craft beers compete in a crowded marketplace.

Craft breweries are an important niche category for designers. In the increasingly competitive brewery industry, overall marketing budgets are small, so package design for store shelf impact is often where microbreweries spend their budgets. Many smaller ad agencies and design firms happily undertake branding and package design projects for their local breweries, brewpubs and the nascent hard cider industry.

But with success come new problems. You know a trendy industry has just about topped out when people start suing over product names. It seems the craft beer industry has reached that point. Small breweries have been foaming at the mouth over trademarked beer names. That either suggests there is a dearth of imagination in naming trends, or way too many craft breweries. We had to laugh when we saw this response to a recent trademark dispute: Sosumi IPA (in the great tradition of NPR’s “Car Talk” brothers’ legal advisors, Dewey Cheatham & Howe).

Competition from other small brewers is not craft beer’s biggest problem, however—Big Beer is trying to horn in. Craft breweries are able to demand higher prices than the big bottlers, and traditional brewers have been watching their sales slump in recent years. Anheuser-Busch InBev (ABI) acquired 10 craft brewers in the U.S. since 2011, reports AdAge; Molson Coors, Heineken and Constellation Brands have been following the same strategy. Craft breweries that signed on Big Beer’s dotted line benefited from the big brewers’ distribution chains, but some have lost their craft designation due to increased volume. And independent brewers note that the new owners don’t state their ownership on their acquisitions’ labels. This means they are muddying craft marketing, crowding true craft breweries off store shelves and bar taps, while giving the false impression that customers are getting a diverse selection of brews.

The too-cozy relations between certain “craft” brands and Big Beer extends into the Craft Brew Alliance, which is both a brewer, and an ABI partner. Using ABI’s distribution network to grow their eight core craft brands, including Hawaii’s Kona Brewing Co., Seattle’s Red Hook Brewery, and Appalachian Mountain Brewery of North Carolina, CBA walks a fine line between craft and big industry’s co-opting of the craft trade.

Independent brewers were further angered by news that ABI had quietly acquired a minority stake in a popular customer beer review website, RateBeer, causing craft breweries to speculate as to whether ABI would try to manipulate ratings behind the scenes. The “blatant conflict of interest” caused a few brewers to request all reviews for their beers be withdrawn from the site, rather than support its questionable ownership, which was not made apparent until a rival site uncovered and reported it.

This has all led to a fun, not-s0-tongue-in-cheek campaign, #TakeCraftBack, by a craft beer group aimed at “buying” Anheuser-Busch InBev via crowdfunding (we only need $213,000,000,000…). The campaign from the Brewers Association (in tandem with Boulder, CO’s, The Sterling Rice Group) mocks ABI’s ownership of craft brands and celebrates truly independent breweries. The aim of the campaign is the introduction of a new “certified independent craft” product seal. Video ads encourage craft breweries to label their product with the seal to clearly designate which craft beers are not under Big Beer’s control. Following introduction of the seal in July 2017, 1,000 independent brewers adopted the seal within a week.

ABI’s “craft” brewers pushed back against the ownership-vs.-beer-quality “false equivalency” argument, and now are shifting from acquisition to promotion of their craft beer products. But the PR value of that talk-back is merely drawing added attention to #TakeCraftBack. It appears that two old buddies—ad people and brewers—still have what it takes to blow the foam off some frosty mugs.

Does your agency work with a craft brewer? Share your designs and be featured in Second Wind Magazine. Email editor@secondwindonline.com.