What Can Ad Agencies Do to Retain Employees In the Midst of COVID-19? 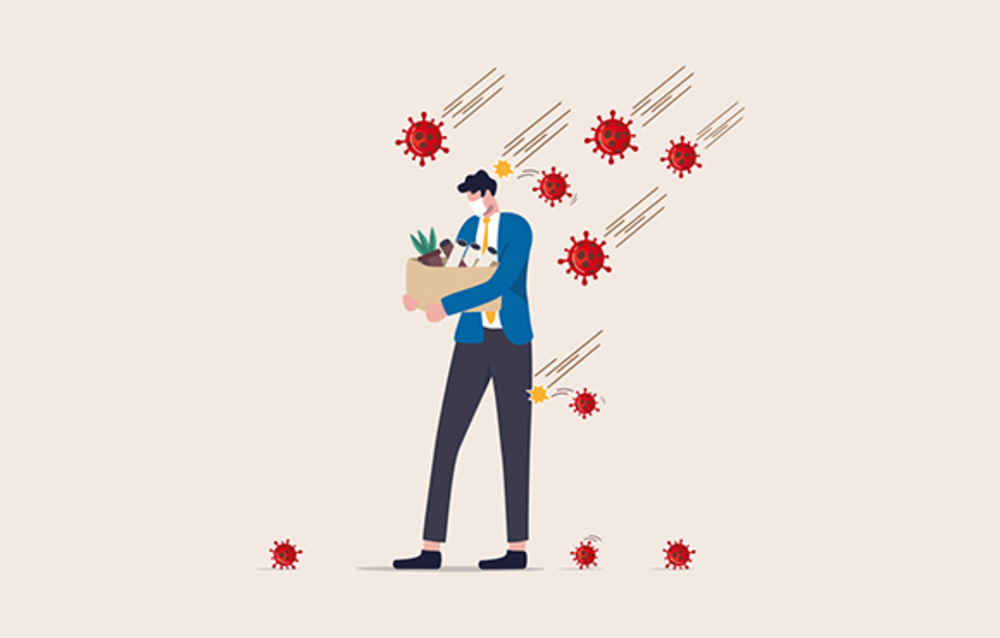 UK trade publication DesignWeek surveyed its readers to get a picture of how the coronavirus shutdowns are affecting business. Fifty-four percent say they have lost 75% of their business due to budget cuts, marketing halts and the shutdowns.

Fifty-five percent of designers and design firms have not accessed support or loan schemes set up by the UK government, either because they fall in the cracks regarding who is eligible, or have been unable to access the hastily established programs. Sound familiar?

In the U.S., jobless claims have soared, with 26.4 million unemployment claims filed in the first five weeks of the crisis. That’s more than all new jobs added since the end of the Great Recession. Analysts warn this could continue into June. One has to wonder how many of those claims came from employees of small businesses that were unable to even apply for Small Business Administration (SBA) Paycheck Protection loans, let alone gain approval and get the money to keep employees on payroll.

Several big agency holding companies announced large-scale employee layoffs in March, and have added furloughs or salary reductions per AdAge’s COVID-19 live updates feed. New PPP funding is now available, but the application process and delays in release of funds mean many smaller ad agencies will have to make the same calculations as the big holding companies.

We have heard from our small agency members about their efforts to try to keep employees on staff even as they face the prospect of at least some layoffs. Many are working from home and so far, avoiding full lay-offs. Others took huge hits when major clients stopped all outside contract work, or when key industries were severely impacted by the shutdowns. Loss of ad agency retainers forced many agencies to quickly cut expenses with furloughs, pay reductions and layoffs. Per our own poll of members, many agencies are worried that SBA relief loans under the CARES Act will arrive too late to prevent their agencies losing good employees. Others expect clients to slow or stop invoice payments, and slash marketing budgets further or entirely as the crisis extends through Q2. We are in survival mode.

We can only caution smaller independent agencies everywhere to take things one day at a time. Look at financial reports daily. Talk to clients regularly. Keep your remote-working creative team focused on their jobs, not on other outcomes we cannot yet predict. Communicate clearly and frequently so employees have an opportunity to make plans, too.

Government relief money is rolling out, if slowly. Additional monies has been designated for the SBA after a roll-out in which many businesses that, strictly speaking, are neither small nor without funds grabbed huge PPP loans. Expanded networks of lenders are coming online to help process SBA Paycheck Protection loans… and there are other approaches to managing payroll than layoffs when the shutdowns are expected to be relatively short-term.

Whoever handles HR matters in your agency should check on health insurance coverage in the middle of this crisis. None of us wants our employees to be without health insurance when the threat of hospitalization is so real. Worse, the fallback of COBRA coverage for unemployed workers is expensive for workers, and has so far not been addressed by Congressional relief bills. Workers do have some options (see the CNBC video below), but the best option would be to not have to lay off your employees and have them lose coverage.

Be creative and work to retain your valuable staff. Nevertheless, now is the time to assess possible future needs. Should the crisis worsen or be more extended, you should already have some idea which employees to let go and in what order. Remember that payroll expense is just one factor in assessing whom to lay off; loss of knowledge, experience, cultural leadership and critical skill sets must also be considered, as well as the cost to replace that employee.

Keep employees informed as much as possible. Let them see you are trying everything you can dream up to avoid layoffs, and are available to talk if people are worried. The goodwill you build now could make it easier to recover when business starts to reopen and clients need your services.

Contact Second Wind if you need to kick around ideas or just vent to someone. We’re here to help in any way we can. Our COVID-19 Help page includes an email form; or call 610-373-9093 directly.