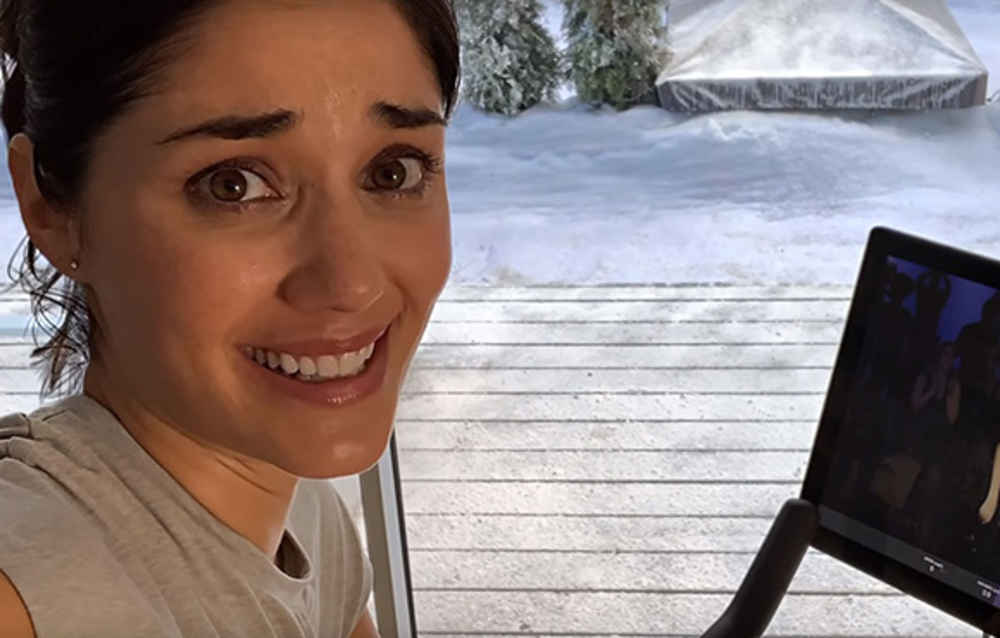 Maybe it’s a trend. We’ve written about tone and holiday-themed marketing campaigns a few times in recent years. Marketers are so anxious for a sales boost from Christmas shoppers, they run constant sales ads. There is nothing wrong with that. It’s also lovely to see ads that ignore selling in favor or spreading cheer and goodwill. The problem arises when companies attempt to mix the two, and end up creating messaging that actually repels or makes people feel the opposite of Christmas cheer. (Insert a Charlie Brown rant about commercialism at Christmastime wherever you feel inspired.)

When a significant other gifts your already-slim-self with exercise equipment, what message are you to take from that? Fitness giant Peloton’s creepy 2019 effort was widely disliked by the online cancel culture (including some of Peloton’s own social media followers). The ad effort became the most-dissected campaign of the season so far, with journalists writing pieces on the body-shaming-gift aspect, and why the point-of-view is all about the male purchaser (or anonymous voyeurs) instead of the female user. Some viewers redubbed the ad or made parody videos with very different narratives. It’s never good when your campaign goes viral for all the wrong reasons.

Peloton has been mocked for ads showing their product in idealized apartments, custom-built exercise “sheds” and other rich-people’s-fantasy-homes scenarios. But we’re reminded that Peloton’s prime audience is fitness-obsessed wealthier people… who can afford an extremely pricy piece of home exercise equipment.

A follow-up ad by Ryan Reynold’s meme-jacking Aviation Gin doesn’t exactly serve up joy either, although it’s post-breakup tone got the crowd reaction right. At least actress Monica Ruiz got a second gig out of the fiasco. (I hope she only had to do one or two takes… or that there was water in that cocktail glass.)

Peloton’s stock took a nose-dive within a day or two of the campaign launch. Adweek stated the stock, over-valued since its recent IPO, was likely sold off in the wake of solid Black Friday sales, and not because of the bad reaction to the ad campaign. But timing can greatly affect client perceptions as to whether a campaign is successful or a PR disaster. Might the millions in unearned media generated by the controversy be enough to keep the company happy?

This is the second year running in which a Peloton holiday ad hit felt off-tone to me. Last year gave us the husband who bought a Peloton for the wife, hid it in the garage… and used it until Christmas morning. (Hey honey, I even broke it in for you... Oops, let me wipe my sweat off.) They slightly negated the “used gift” impression with a “Part 2” ad in which the wife found and used the equipment, then acted surprised on Christmas morning. But the “used” gift thing still rankles.

How do you feel about holiday ads where the brand strategy offers supposedly humorous slice-of-life scenarios that focus on consumption over human feeling? For me, these always strike a discordant tone.

Announcing an engagement or pregnancy? Don’t expect the in-laws to notice—they’re too busy reveling in that decorative pillow you got at Pier 1. (The newest ad in the series has a poor guy trying to gift his spouse with keys to a new car while she enthuses over table settings.) How is this take on “Discover the Joy” a feel-good theme? In the same class, I put the IKEA ad featuring aging tchotchkes décor-shaming a family into spending big bucks to update their furnishings before holiday entertaining. Because we all need the extra stress of worrying about being deemed insufficiently fashionable by the relatives at the holidays…

Luxury Cars as Gifts? More Ads for the One-Percenters…

Particularly irritating at this time of year are luxury car ads suggesting people buy each other expensive rides for Christmas. Apparently, December is the top month for U.S. luxury car sales, with roughly one-in-ten cars of total annual sales being sold in the last month of the year. (Kiplingers notes that the best deals are available after December 25, so maybe gift an i.o.u. under your tree.)

Whether it’s an end-of-year tax ploy or true generosity, the ads are all about conspicuous consumption of gas-guzzling SUVs in an era when many people can barely afford a good used car, or hope for a car less harmful to the environment. I’ve yet to see a car-as-gift ad that made me feel all warm and fuzzy about the brand or the season. But then, I drive a Honda Civic, i.e., not their target audience.

Cars as gifts aren’t the only dubious messaging from car companies. Consider the message in this year’s Mercedes Benz ad, in which a child threatens social media blackmail with an unflattering cell-phone photo of Santa… unless he gives the kid his Mercedes “sled.” Had the car morphed into a big lump of coal Christmas morning, I could get behind the concept.

Audi usually does a nice job by focusing on their vehicles’ performance rather than hammering home a sales message. I haven’t yet seen their holiday ad, but expect it will do a better job at tone than most car ads I’ve seen so far this year. Last year’s “New Santa” will be tough to beat.

One of the few true heart-warmers among this year’s new holiday ads is from Hobby-Lobby, where the teenaged son of a hard-working single mom decorates the Christmas tree while she’s out (with low-cost Hobby-Lobby decorations, of course), and gift-wraps a nicely folded basket of clean laundry. “Christmas is what you make it” closes with a “50% Off Christmas” tagline, but the sell line is not as important as the emotional impact of a son doing something nice for his mom.

The other campaign that makes me stop and actually enjoy a Christmas moment is the Macy’s ad, “Santa Girl,” which successfully mines the classic Yes-Virginia-there-is-a-Santa-Claus letter, and surprises with a subtle gender-equality-in-employment message. The mixed theme works well thanks to a solid, minimal script, good casting and direction, and a focus not on product and brand, but on children’s dreams and the season of giving. It plays like a classic Hallmark holiday ad… and by the way, what ever happened to those?

Am I against tongue-in-cheek humor in holiday ads? No, but I do expect the ideas to be about the season more than about pushing me to buy more stuff. It’s not unlike the truly awful ads we continue to see around 9/11, when brands try to sell or integrate products instead of respectfully offering tributes to the fallen. The holiday season cries out for feel-good messaging, and setting an appropriate tone can generate all kinds of positive perceptions and goodwill for brands and marketers.

What holiday campaigns have you seen that strike a warm and uplifting tone?

Second Wind wishes you all a warm and tone-perfect Christmas.