With Sports in Limbo, Can Esports Replace Ad Revenues? 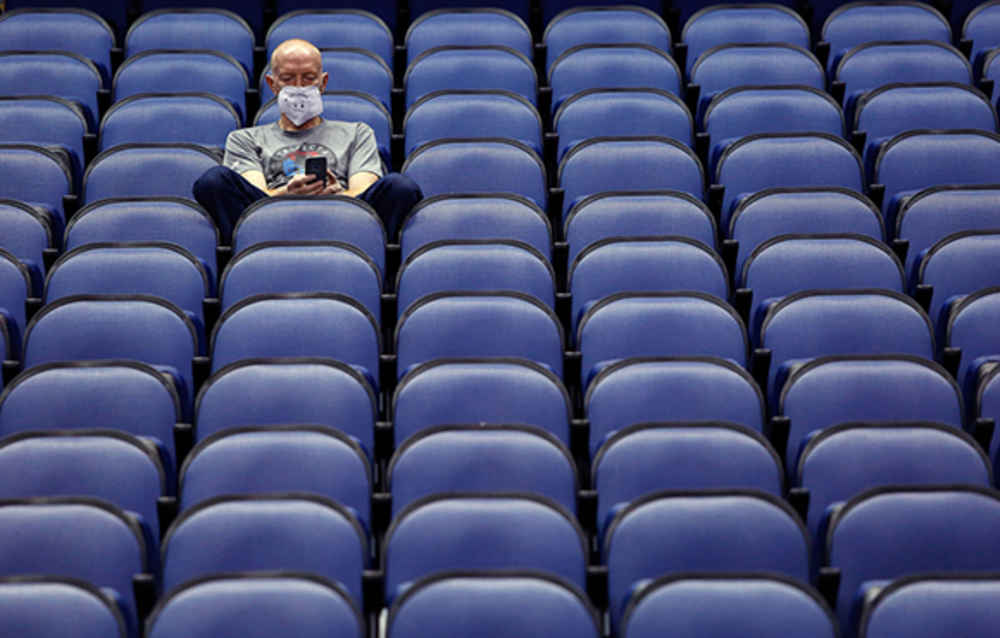 This should have been a good year for ad spending around sporting events. The 2016 Olympic Games generated $1,706 million in ad revenue. In 2019, the MLB World Series provided ad revenues to the tune of $191 million, and the NBA Finals, $288 million. But since COVID-19 exploded across the planet, sporting events worldwide have been suspended or cancelled. March Madness: gone. The Boston Marathon: gone. Wimbledon tennis: gone. The Masters Tournament and the Kentucky Derby: delayed until Fall. The NHL and NBA seasons were suspended and will likely not return until next season… maybe, if they figure out how to hold games without infecting players and coaches, let alone fans. Major League Baseball? This may be a season without ballparks, hot dogs and seventh inning stretches; the MLB has suggested play may resume in July. The kiss of death to sports advertising revenue was the year’s delay of the Tokyo 2020 Summer Olympics.

Emarketer projects that TV ad spending could decline between 22.3 to 29.3% in the first half of 2020, with projected losses of between $10 billion and $12 billion. Other forecasters warn, as ad revenue losses go, that it’s just the beginning. Television ads around broadcast programming typically are booked and pre-sold at the annual upfront; this year, ad executives see the Spring booking event shifting to late summer, with half of the sales remaining up in the air, or available in what they call the scatter market; expect plenty of unsold inventory for spur-of-the-moment ad placements. That could be an opportunity for smaller advertisers… if ad agencies can find any clients ad dollars to spend. But what do you do when your market is sports fans who have no sports to follow?

What the Market Will Bear

European soccer teams tentatively suggested holding fan-less games to restart during national lockdowns; the public and governments lambasted them for endangering the lives of players in the name of profits. Germany’s Bundesliga just found 10 COVID-19 cases among players while debating whether the league can restart. (Belarus, led by a virus-denying dictator, continues to play games, as citizens worry the government is deliberately deflating case and mortality numbers.)

Potential backlash is a concern for brands longing to advertise around sports as seasons restart… assuming that happens at all. The Fall NFL season is a faint glimmer of possibility, but again, protecting players and coaches will lead the planning, and the likelihood that fans will be allowed to watch in person seems slim to none. The English Premier League says it could resume its season with just 300 fans per game, but even that seems unlikely given how the virus has spread, and dire forecasts for a rough fall and winter with the novel coronavirus still unchecked.

Yet, sports fans are starved for any kind of sporting event. Live TV coverage of the NFL Draft in late April drew 19.6 million U.S. viewers at peak primetime, with an average of 15.6 million viewers for the entire broadcast, and another 7 million watching online. Some viewers may have tuned in to help with the Draft-a-Thon, a COVID-19 relief fundraising event held in tandem with the Draft. The spectacle of watching the draft play out with all participants remote-video conferencing may also have been part of the appeal. Advertisers were likely happy with those numbers regardless of why people watched. If only there were similar events to help fill in all of the programming gaps wiped off the broadcast and streaming schedules.

All Sports Are Now Fantasy Leagues

Fantasy leagues really are fantasies now, as the lack of play means no data to fuel fantasy competition. Rebroadcasting old games and events is not going to hold fans for very long. The only alternative outlets for sports fans and advertisers alike are video gaming and esports. Colleges, assuming they open at all this Fall, may shift more resources to esports leagues, as the economics around playing at least some away games without stadium income makes little sense. NASCAR, with its famously rabid fans, has shifted its iRacing digital race simulator online, with real drivers participating while fans engage. (Race driver Bubba Wallace, following a virtual crash, “rage quit” the streamed event and lost a sponsor as a result, while another driver, Kyle Larson, was fired after letting fly with a racial slur. Sounds like real NASCAR to us…) Live racing resumed at Darlington in mid-May, without spectators; TV audiences hit 6.3 million, a 38% improvement over the previous race on March 8, before COVID-19 shutdowns began.

Meanwhile, sports fans are creating virtual games for personal and friends’ entertainment, and minor league ballparks are hosting their own virtual games, hoping to hang on until live play returns to stadiums. Many sports teams are focused on trying to help their communities with fundraising efforts, meal giveaways for hospital workers and first responders, or drive-thru events for fans. All of this mostly makes sports fans sad, and advertisers trying to reach them even sadder.

Attempts have been made to continue broadcast events, but with archived coverage of past tournaments, races and games. ESPN has been airing “The Last Dance,” a documentary about Michael Jordan’s last season with the Chicago Bulls. The Masters coverage featured remote chats with past winners as they aired footage of their historic tournaments. Even NBC’s Kentucky Derby broadcast fell back on footage of Triple Crown winner American Pharoah’s Derby run, adding a virtual all-star race featuring past Derby winners running against one another. (Secretariat, the 7-2 favorite, won gong away.) The Preakness, the Triple Crown's second "jewel," was rescheduled for October; no word yet on the Belmont Stakes.

In states slowly reopening, golf courses have been allowed to open to players under strict social distancing rules and mitigation steps (one person per golf cart, no touching the pin, no sand rakes or ball washers). Tee times are being spaced out, and golfers are flocking in to enjoy the spring weather and get back to their game. It’s not just the professionals who are chafing at not being able to play.

For advertisers, it’s a mad scramble to cope with disrupted campaigns, loss of venues and events around which to advertise, and slashed ad budgets as marketers try to regroup. Related sports apparel, merchandise and equipment manufacturers are also hard hit by the loss of live events around which to sell their products. Uncertainty characterizes the entire ad world with no end in sight. Sports marketing at least guarantees die-hard fans who seem willing to try anything as long as it is sports related.

Agencies can steer clients to digital and virtual sports outlets, but costs may be high due to intense demand. And “live” sports fans may still be unreachable. That is going to be a challenge until COVID-19 wanes and sporting events resume. When will that be? We’re not taking any bets.