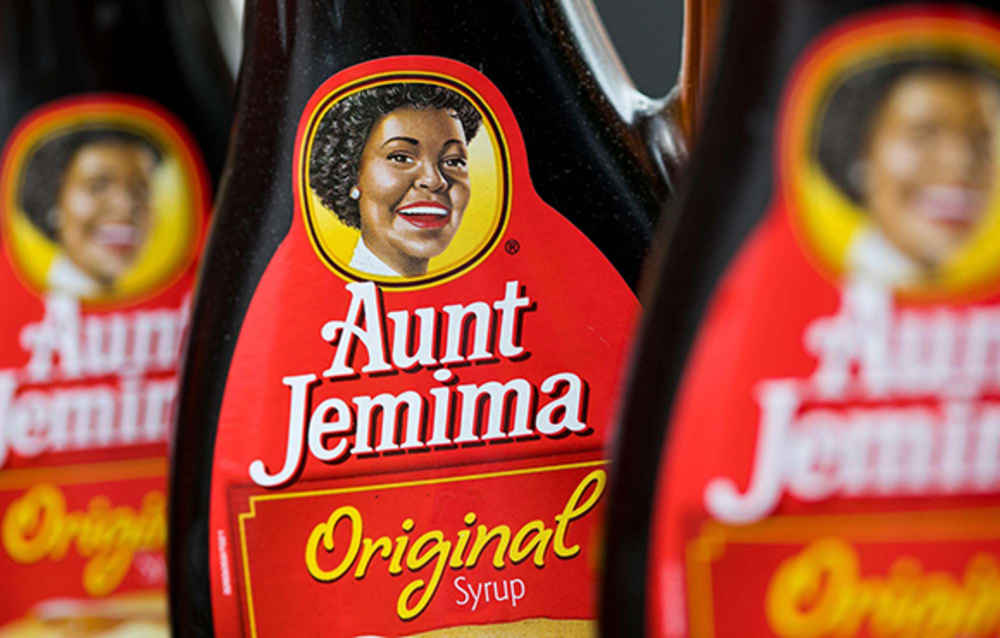 Aunt Jemima Pancakes and Syrup; Uncle Ben’s Rice; Cream of Wheat’s mascot; Land O’ Lakes’ Native American princess… these long-used brand symbols based on stereotyped characters are abruptly being abandoned by corporate entities that have resisted all previous efforts to have them removed.

Are corporate leaders really becoming “woke,” or is this a transparent desire to be seen as on the right side of history? Either way, we’re happy to celebrate their demise.

We’ve arrived at a historical inflection point, with COVID-19 taking the lives of a disproportionate number of minorities (many of whom served on the “front lines” in healthcare and essential businesses), and the Black Lives Matter movement reenergized by viral incidents of police brutality almost weekly. People are aware of inequities and offering increasingly vocal support of social change to correct them, as well as taking concrete actions to push change forward. They are also dragging brands and businesses into the spotlight for failing to live up to claimed values… or actively ignoring harmful brand strategies.

Land O’ Lakes’ Native American princess was the first to quietly disappear from product packaging in February, ahead of the farmer-owned co-ops’ 100th anniversary next year. It dispensed with its “Indian maiden” imagery as part of a brand overhaul focused more on its farmer roots. But its lack of fanfare about the change excited as much discussion as if they had made a big deal of it. Many entities have been replacing Native American characters and names as part of an ongoing trend to stop using stereotyped native American characters to sell products or promote sports organizations. (We’re still waiting, Washington Redskins, Cleveland Indians and Chicago Blackhawks…)

In the wake of renewed #BLM protests, other brands are addressing (at long last) the stereotyped racist characters in their packaging and advertising. PepsiCo-owned Quaker Oats announced this week it would completely rebrand its Aunt Jemima Pancakes and Syrup brands, acknowledging that “Aunt Jemima’s origins are based on a racial stereotype.” That stereotype derived from a 1800s’ minstrel show song, “Old Aunt Jemima,” and the original image was a representation of a real woman, Nancy Green, born into slavery in 1834. The bandanna-clad auntie has long been seen as sentimentalizing slave “mammies;” the character was “updated” to be a modern-era house servant, with an embarrassing head scarf that remained until 1989. Attempts to update the brand image “respectfully” ignored repeated calls from customers and civil rights groups to dispense with the image altogether. The brand imagery has been in use for 131 years.

The Mars brand, Uncle Ben’s Rice, also announced it was rebranding their product. Uncle Ben was supposedly based on a Chicago head waiter named Frank Brown. Again, the imagery showed the man in servant garb. Per a New York Times article from 2007, “uncle” and “auntie” were used as greetings for older Black people in many parts of the country because whites refused to address them as “mister” or “missus.”

Conagra is also “reviewing” its Mrs. Butterworth brand, long sold in a “mammy”-shaped brown bottle. The bottle was reportedly modeled on actress Thelma “Butterfly” McQueen, best known for her role as Scarlet O’Hara’s ditzy maid in the film “Gone with the Wind.” Conagra danced around acknowledging the racism of the brand imagery, saying they "can see that our packaging may be interpreted in a way that is wholly inconsistent with our values.” Cue a collective eye-roll…

Finally, the Cream of Wheat cereal brand, owned by B&G Foods, announced it would review its branding and packaging to ensure the brand does not “inadvertently contribute to systemic racism.” The brand dates to the 1890s; their original brand character, Rastus, was another happy house servant based on a minstrel show character. “Rastus” has long been used as a racial slur for an uneducated, dim-witted Black man. For years, TV ads featured the character speaking stereotypical broken-English and displaying a shuffling demeanor. In 1925, Cream of Wheat revamped its imagery with a photo of a real-life chef, Frank White. White was a free, naturalized citizen who eventually owned his own Michigan restaurant, The Holly House; he died in 1938.

Boomers will remember other problematic stereotypes, including the Fritos Bandito; a Kool-Aid competitor from Pillsbury called Funny Face, with flavors and characters like Injun Orange and Chinese Cherry; and Chiquita Banana, loosely based on filmdom’s Carmen Miranda.

We Can Do Better

We’ve written elsewhere about why advertising stereotypes are a bad idea. Racist stereotypes? Like reconsidering Confederate monuments erected to promote Jim Crow and the Lost Cause, we are way past due on removing advertising images derived from our nation’s racist past (and sadly, present). Debbie Millman, design educator and “Design Matters” podcast host, writes that most brand iconography is problematic—aspirational “ideal” characters are exclusively white (the Gerber baby, Betty Crocker, Mr. Clean, even the Keebler elves), while the only Black characters on CPG brands have racist roots and histories.

Advertising has the power to reshape our culture. We can bring forward issues and societal changes in ways that normalize those changes, like Cheerios using a mixed-race family in its ads, or IKEA ads featuring a gay couple. Advertisers and their clients can make conscious choices to reflect the world as it is, not as an imaginary utopia inclusive only to one group…  and if we want to be self-serving, at the same time reach new audiences who might consider and buy advertised products and services.

Is This Our Moonshot?

I’ve been thinking a lot recently about the 1960s moon race, and our first look at our “pale blue dot” from outer space. I’m also a fan of genealogy TV shows, where participants have their DNA tested to find their genetic origins include traces of multiple gene pools and races. We are the human race, and we share this tiny planet by an accident of physics and biology. Yet we waste so much time warring with one another in the name of status and power. Think how powerful we could be if we truly united and saw all peoples not as “other,” but as our neighbors on this pale blue dot.

The momentum of social change is gathering force to propel us toward that future… if we have the will to make change, and make it stick. Agencies and brands can support positive social change by being more mindful about bias, racism and us-vs.-them thinking—not just in our own organizations, but through the brand and advertising messaging we put into the world. We can also help by committing to positive action within our communities. It's no longer enough to talk about change… we need to BE the change.

Think of it as our new moon-shot. We can all BE better.