Improve Diversity by Focusing on the Work 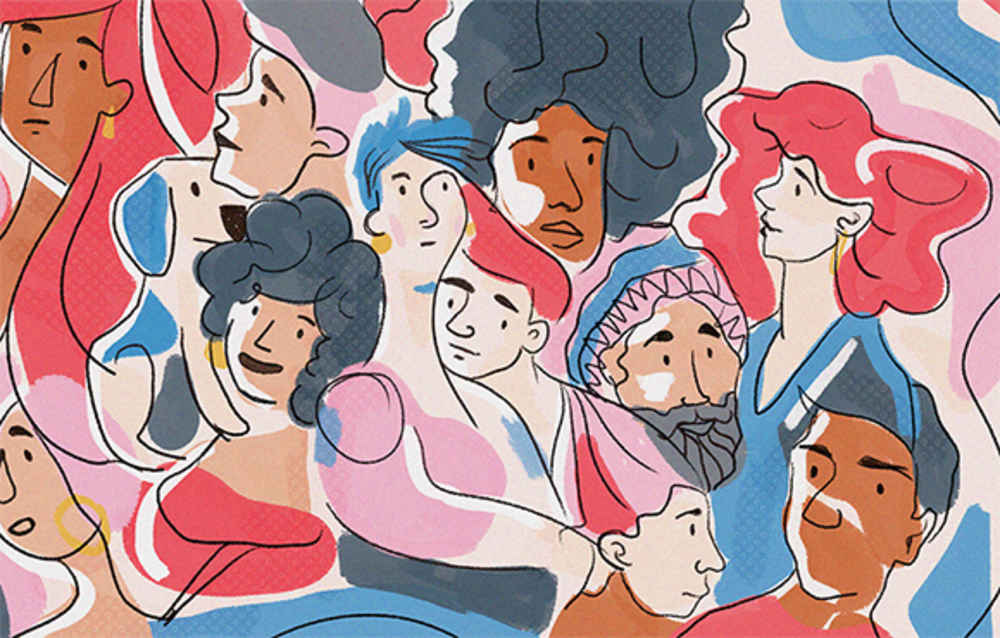 Many years ago, I helped produce creative work for a local cable television company. I still remember a campaign where we had to show families in their homes, watching cable TV. We had two separate “model” families—one the typical suburban white family, the other a typical suburban Black family. Aside from the ages of the children we cast, there were no real differences between the set, props and families aside from skin color.

I can’t recall that anyone suggested one family would work for the whole campaign. The clients felt we had two different audiences, so we needed two ads. At least they didn’t style either family to appear economically less equal. But there was little effort to adjust to reflect cultural differences between the two “model” families. The cable company believed it was sufficient to just show a Black family; doing the harder work of digging deeper to make a real connection with that audience was not in the budget, or in the ad agency’s toolbox.

There was nothing essentially wrong about the strategy—people respond to ads that show people like themselves. But that campaign was produced in the 1970s. It’s sad to realize that only in recent years have major brands dared to show mixed-race or ethnic families in national ad campaigns… with mixed responses. Local advertisers continue to tread carefully to avoid the backlash from people who object to seeing anyone in an ad that does not exactly reflect that viewer, or their worldview.

Diversity in ad messages is in demand. As noted above, advertisers seek to show people in ads who look like their customers. Increasingly, that means more people of color, a broader array of ethnic groups, and growing acceptance of interracial families, or even simply the changing family model. Today that can include not just more people of color, but single parents, gay or lesbian couples, grandparents with grandkids, or multi-generation families. But even with this greater surface diversity, the actors are all slotted into a magical world where everyone lives in a utopian, middle-class, economically equal neighborhood. In fact, people in ads look an awful lot like the people who create the ads.

Ad agencies and marketing firms are struggling to adopt greater diversity. Many of our clients’ organizations are already more diverse than their marketing partners’ organizations. This can lead to diversity-challenged marketing, where ideas are developed and committed to that perhaps should never have gotten beyond the concept stage. [link BrandsOpenMouthsInsertFeet] When the people who create and sign off on an idea are not diverse in makeup, they may fail to question the group’s acceptance of a creative approach that misses the mark with their clients’ diverse target audience. Even when people of color lead, attempts to enhance a company’s diversity credentials can go badly wrong if they fail to ask the right questions during the development process. (See the Barnes & Noble/Penguin Random House attempt to celebrate Black History Month by reimagining the covers of classic white-authored literature. Instead of showcasing notable Black authors long overlooked…)

Online targeting allows customization of messaging to individuals. But marketers understand that U.S. audiences for products are rapidly changing, and they need to appeal to these more diverse audiences when delivering mass messages. The U.S. Census Bureau reported in 2015 that 4 states and the District of Columbia had crossed the “majority-minority” threshold, with more than 50% of their population belonging to minority racial or ethnic groups. With the 2020 Census, those numbers are likely to substantially increase. Ad agencies need to get on board with client goals to meet these changes.

How Focusing on the Work Can Improve Agency Diversity

We’ve written elsewhere about the problem of producing work that resonates with more diverse audiences, and the need to recruit and hire diverse talent, and develop more diverse agency cultures. As our population becomes more diverse, marketers need to understand how to appeal to and persuade those audiences. That demands that ad agencies and marketing consultancies need to hire diverse talent who can help clients with appropriate messaging and appealing, engaging creative ideas.

It has proven difficult to work around or retrain to reduce inherent biases. People don’t like to feel “accused” of being biased. By embedding diversity thinking in the work, agencies can also embed the habit of diversity thinking into processes and internal interactions, and that bleeds over into a culture more welcoming of diversity. The Work becomes the tool for altering our subconscious biases, even as our output becomes better attuned to diverse audiences and clients’ diversity-focused marketing efforts.

Deadra Ramahan, founder of consultancy Society Redefined, reminds us we must use process to question assumptions, and always ask the right questions:

What is our intention? What are we doing? Who are we doing it for? What do we want to achieve?

Have we taken enough time? We have a responsibility to ask not just ourselves, but people representing our target audiences if our approach is smart and purposeful.