Be More Heroic: Bold and Daring Agencies Will Prosper 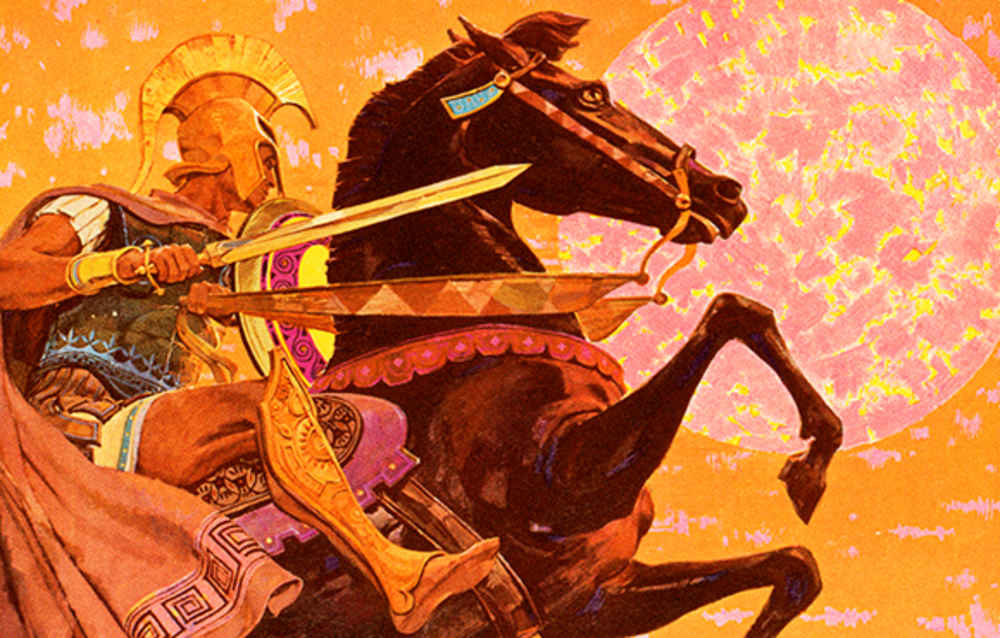 Second Wind's founder, Tony Mikes, believed in the advertising business with his whole heart and mind. As he loved to tell people, he had been through multiple economic downturns, and he shared the wisdom of our many member agencies and his own experience whenever he felt agency leaders needed a pep talk. The following article expresses his thoughts about our evolving industry, and why we need to “seize the day” to emerge stronger after a downturn—and use that boldness to lift our clients, too. Enjoy!

You’ve got to be more “HEROIC” to succeed in the ad agency business these days.

The ancient Greeks defined heroic as:

“Having or involving recourse to Boldness, Daring or Extreme Measures.”

Does that fit the agency business of today? You bet it does.

We are now in one of those tumultuous periods in advertising history where a few bold heroes will rise to the top—while many others will sink permanently in the shallows.

During the course of advertising history, there have been only three of these eventful periods. The first time was when the advertising business began. In the 19th century, consumer markets were mostly local in scale, so naturally advertising was similarly very small in scale. What little advertising there was offered only information. Advertising, in those days, was not a selling tool like it has become.

Fast forward to the beginning of the 20th century. With the boom of the consumer marketplace fostered by inventions like the electric light bulb, the telephone, the washing machine, refrigeration and even the vacuum cleaner, advertising began to come into its own as the primary source of both information AND enticement for people to try and to buy products and services.

Albert Lasker and other pioneers like J. Walter Thompson, John Young and Ray Rubicam rode in on that wave of opportunity. This was the beginning advertising’s golden age. In 1926, as radio became part of the daily lives of millions in the US and around the world, advertising was at the forefront… and agencies were the catalysts.

This golden age continued through the 1960s, “Mad Men”-style, with television translating into visuals the strategies learned and developed during the radio era. The Golden Age began to ebb in the 1970s due to the onslaught of oil crises, financial crises, Watergate, and right on through the Iranian hostage crisis (1979-1981). In addition, we suffered a nationwide “identity crisis” struggling to align “the greatest generation’s” values with the new realities of the post-civil rights/post-hippies/post-Vietnam era. Advertising reflected a shift toward an almost obsessive consumer culture, and the proliferation of TV cable channels marked the start of fragmentation of the media audience. It was the beginning of the end of mass marketing.

Advertising agency life was pretty predictable for a decade or more, until the 1980s drew to a close. Even as we added computer capabilities to our agencies, we had no idea what was looming around the corner… the internet and a new world of commerce and marketing were about to be born.

When the digital era began, I imagine that only a select few in advertising realized what we were dealing with. It turned out to be a lot more than just another media expansion, like cable was to TV. Instead, it was a watershed moment in advertising history, just as surely as radio had been in the 1920s. And like radio, the internet changed how we live our lives.

Today, we are immersed in this world. Digital marketing has taken over for all intents and purposes. With every economic crisis since the rise of the internet, digital marketing has grown more dominant. Broad-based traditional marketing campaigns have become supporting players to digital and mobile efforts. Digital is the hub around which the entire marketing wheel turns. Mobile marketing has carried us further away from mass marketing. The global COVID-19 pandemic is speeding us toward full digital dominance.

Which brings me back to being heroic.

In Every Crisis, There Is Also Opportunity.

Now is the time to take advantage of this latest marketing earthquake and tsunami. Heroic thinking and the power of imagination will lead us in unforeseen and exciting new directions. While these "unprecedented times" are scary (as is all disruption), it is also a time to prosper.

Set your agency's sails to catch the wind and respond to your prospects’ and clients’ needs. The seascape of marketing is changing very rapidly, and will continue to cycle through changes we cannot predict, but only prepare to respond to with speed and smart strategies.

If you fail to grab your sword and shield and insist that your agency be heroic, you will miss this great sea change in advertising and marketing.

Go ahead: be bold, be heroic. Push your agency to innovate and rethink your clients' marketing. I guarantee it will be the best decision you ever make.

Why spend your life in the shallows? Get out into the open sea.

Let me close this plea with wise words from William Shakespeare:

There is a tide in the affairs of men,
Which taken at the flood, leads on to fortune.
Omitted, all the voyage of their life
Is bound in shallows and in miseries.
On such a full sea are we now afloat,
And we must take the current when it serves,
Or lose our ventures.

Your agency’s flood tide awaits. Launch your boats and go get ’em.