Brand Trust and #BLM: This Is No Time to Exploit a Hashtag 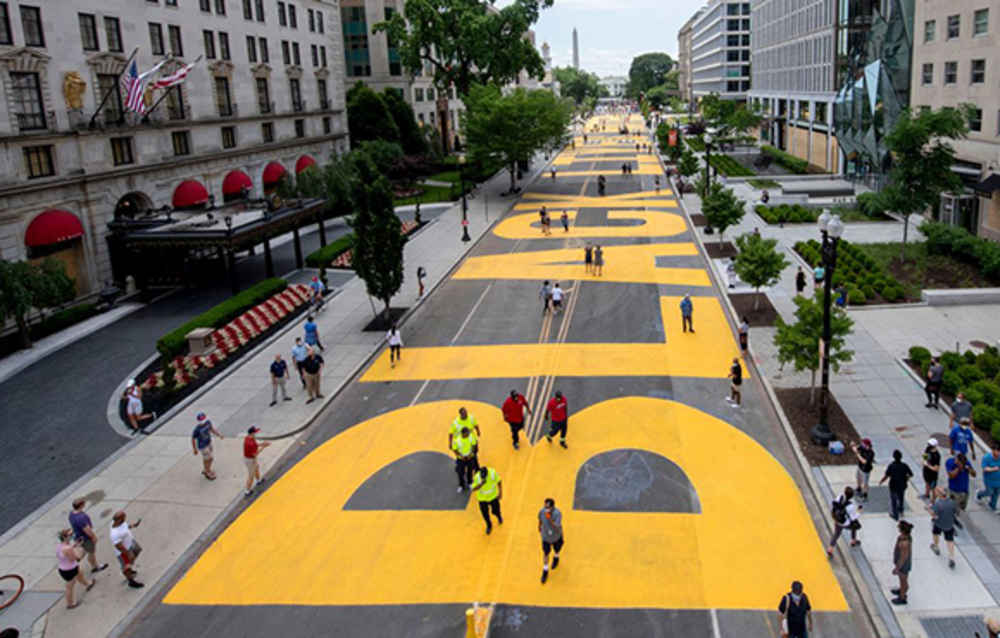 A special edition of the Edelman Trust Barometer asked Canadian consumers about trust in institutions since the COVID-19 crisis began. How brands treat employees, prioritize profits over people, and especially, live up to claimed brand values, are all being measured by consumers with potential long-term impacts for consumer preference and trust.

Per Edelman’s special Trust and the COVID-19 Pandemic report:

Half of people believe business is doing poorly, mediocre or completely failing at putting people before profits; only 43 percent believe that companies are protecting their employees sufficiently from Covid-19, and 46 percent do not believe business is helping smaller suppliers and business customers stay afloat.

Nearly three-quarters (71%) of consumer respondents in Canada said brands that prioritized profits over people would lose their trust forever. Similarly, almost two-thirds (65%) agreed that how well a brand responds in a crisis will have a huge impact on their likelihood of buying that brand in the future. More than a quarter (26%) said they started using a new brand based on its actions during COVID-19.

Brands altered strategies around the coronavirus crisis with claims of being #InThisTogether. The eruption of Black Lives Matter protests in the wake of the death of George Floyd while in police custody now challenges virtue-signaling brands to prove it.

Virtue-signaling is never a good thing. Brands that want to use the #BLM movement—or any trending issue—to build trust among customers and improve their brand perceptions must be able to back up their marketing messages with real values and actions. Brands intent on exploiting a trending hashtag are now flailing. Do they aim for “wokeness” by supporting the goals of the protesters, perhaps being seen as trading on the crisis with a little justice-washing, as well as being targeted by customers who object to brands taking sides in political debates? Or, do they stand apart from the fray, and be seen as not woke enough?

The problem, of course, is that brands claim values they fail to live up to. Many brands have zero real commitment to their targeted causes, and the general public, enabled by social media, does not hesitate to point out and amplify corporate hypocrisy.

A number of brands have been called out for the lack of diversity within their organizations, especially in leadership positions. In some cases, even brands that have made substantial donations to civil rights and racial reform organizations have felt backlash because of the companies’ contradictory histories. Microsoft, IBM, Amazon and Google have been called out in the past for working with police to develop surveillance or facial recognition technologies that worsen racial inequities; large banks and investment firms with a dark past of red-lining and blocking loans to people of color can hardly expect their sudden #BLM support to be deemed trustworthy.

Edelman offered another survey (June 5-7, 2020) showing 60 percent of Americans say they will make a decision to boycott or buy based on brands’ response to George Floyd’s killing. Yet just 21 percent of global Trust Barometer participants believe brands have society’s best interests in mind. “Too many brands use societal issues as a marketing ploy to sell more product,” said 56 percent of respondents.

Brand Values Must Be More Than a PR Effort

Advertising has long functioned as a culture spreader, and often as a culture creator, as popular campaigns became catch-phrases embedded in daily conversations. Got Milk? Where’s the Beef? Whassup? These campaigns were distinguished largely by their lack of a political point of view. Brands aimed to be neutral, to appeal to as broad an audience as possible. But the American consumer has changed. Especially among younger people, brands that support causes and embed activism into brand values are popular, forcing brands to reset their strategies to attract and keep the attention of a more politically-aware populace in a cluttered marketplace.

Ben Dreyfuss of Mother Jones argues that today’s brands can actually help shift public perceptions around major issues. Simply by speaking to important issues, brands can call attention to them, and get more people thinking about these issues. Dove has done major work in getting more people to think about how girls are brainwashed into holding negative body image, with related impacts on confidence and resilience. Bombas Socks and Zappos shoes have embedded charitable efforts in their business models highlighting poverty and homelessness. But brands that attempt to “change conversations” can also end up being the conversation because they failed to anticipate their lack of control over how the conversation would flow. See Starbucks for one example…

#BLM Is Bigger Than Brand Values

Brands have been leveraging influence on racial justice reforms for several years. P&G partnered with Saturday Morning and Spotify to create films “The Talk” and “The Look,” about the black experience in America. Ben & Jerry’s, the original culture warrior brand, has supported #BLM since the death of Michael Brown in Ferguson four years ago. Nike pushed Colin Kaepernick’s kneeling campaign to the front page, amplifying his call for reflection about institutional racism—and showing up the NFL leadership as part of that. Laughably, the NFL’s Roger Goodell is suddenly all for #BlackLivesMatter; so is U.S. Soccer, who ruled their players could not kneel during the national anthem after women’s soccer star Megan Rapinoe knelt in support of Colin Kaepernick’s efforts. Does anyone believe their flip-flop messages? Meanwhile Nike’s internal leadership structure is notoriously white... as is their ad agency’s, Weiden + Kennedy. Virtue signaling is nicely spread across the entire spectrum.

Stephanie Creary, a professor of Management at the Wharton School of the University of Pennsylvania, told NPR’s Marketplace that many companies tend to polish CEO statements on issues until they sound like the exact same statement issued by every other company. Leaders expressing deep personal feelings authentically, without PR and Legal taking the teeth out of their remarks, can help start valuable conversations with stakeholders and the public. Will there be backlash? Oh yes. Racial inequity in America is and will continue to be an inflammatory topic among people who believe it doesn’t exist, have no problem with it existing, or who are directly impacted by racial inequities. Leaders unprepared to actually have this anger-infused conversation should perhaps stand back and just listen.

L’Oreal was reminded about their 2017 firing of a trans model who spoke out about white privilege after the Charlottesville protests. Facebook CEO Mark Zuckerberg grandiosely donated #10 million to racial justice organizations—a bare week after his latest refusal to improve Facebook algorithms that enable political lies, hate speech and white supremacy. Home Depot donated $1 million to a civil rights legal organization, then had to face activists pointing out that the company’s founder is a known Trump supporter (note: he’s been retired for 15 years), and that the company has a problematic history of sexual harassment claims, an anti-union culture, poor working conditions and low wages.

Elsewhere, NASCAR surprised everyone by banning display of the Confederate flag on sponsored vehicles or at events; HBO pulled “Gone With the Wind” from its streaming service until they can add historical commentary; and syndicated reality shows “Live PD” and “Cops” were cancelled after a filmed episode was destroyed following the death of Javier Ambler II during a traffic stop, and amid accusations of the show encouraging aggressive behavior among the on-camera police. While high-profile, there’s little likelihood these actions will have a lasting impact on systemic racism… although they will inevitably affect brand perceptions.

An analysis of brand responses to #BLM was compiled by Planning Dirty, a strategy educational group (thanks to Contagious for the share).

Until Advertising Changes, Can Brands Change?

The design and advertising industry are notoriously white. Per AIGA’s annual Design Census, the U.S. design Industry remained 71% white in 2019, and the Association of National Advertisers reported even worse data for ad industry diversity in 2018. Sadly, many other industries are just as lacking in diversity and have internal structures designed to sustain that status quo.

Advertising columnist and marketing professor Mark Ritson highlighted the problem by showing the not-at-all diverse boards of several companies that trended on social media during Blackout Tuesday. He characterized all of the brand band-wagoning as doing “the usual socially aware hanky-panky that makes them feel good about themselves while making zero difference to anything or anyone out there in the real world.”

It’s time, say Ritson and many others in the industry, to end the panel discussions and committees, and commit to action—true diversity in recruiting, hiring, mentoring and promoting people of color. Without strong voices for equity and more nuanced communications in our ad agencies, brand messaging will remain unequal to the challenges our nation, communities and businesses face. The advertising and design communities can help make change, but we need to start with our own businesses and policies.

Know your values. State those values. Live up to those values. That is how brands build trust and gain positive brand perception. Those goals apply to ad agencies as well as to our clients and their brands. They also apply to everyday branding, not just during times of crisis.

Our ad industry colleagues have shared their advice on how agencies can create real change.