Hate the “LiMu Emu”? But I Bet You Remember the Brand 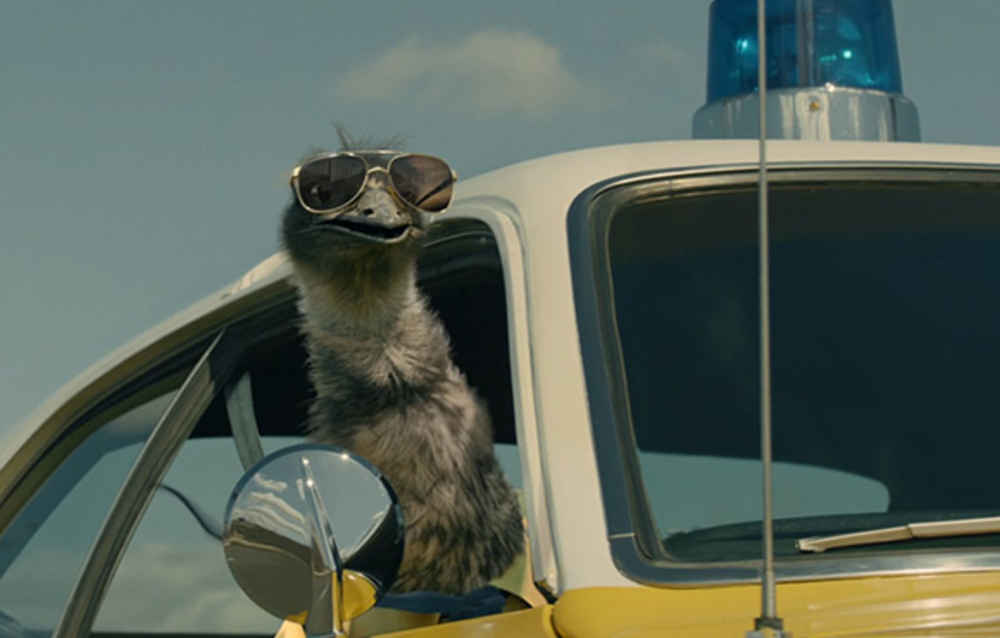 Ever since Leo Burnett (c. 1926) redrew the Jolly Green Giant to be the happy, friendly, leafy fellow we all know today, brand characters have been used to make brands more distinctive and memorable in the minds of consumers. The Green Giant icon was so successful at building brand awareness, the company for which he was created, Minnesota Valley Canning Co., rebranded as Green Giant.

Why do brand characters work so well in helping create brand distinctiveness and memorability? It seems a bit of neuroscience is the reason. Anthropomorphism, an innate desire in humans to see human characteristics in animals and inanimate objects, comes into play. Remember “The Love Bug,” a 1960s Disney movie featuring a souped-up Volkswagen Beetle named Herbie as an unlikely racecar? Disney chose the Beetle because, in a real-life test using a variety of cars, people would kick tires and spin the steering wheels of other cars, but would walk around the little white Beetle and pat it on the roof. They perceived the car with the big round headlights and slightly “smiling” front bumper to be cute, lovable and friendly.

The more a character resembles human, or shares human-like characteristics, the more easily we perceive them as like us. But characters that behave in human-like ways also fill the bill. Aflac’s duck wears swim goggles, or bops to music like a person would; the Gecko stands upright, gives thumbs up, and has a highly emotive human-like face.

Why Is There a LiMu Emu?

Which brings us to Liberty Mutual Insurance. Following a playbook developed by rival insurance firm Geico, Liberty Mutual has been building a few alternating ad series (see also “Zoltar”), and this year introduced the LiMu Emu and Doug, a pair of dweeby insurance salesmen (sales species?). The Emu looks and behaves like an emu, but wears a shirt and tie, and plays against the uber-earnest Doug. (My dear old Mom loves the emu and doesn’t care for Doug.) Like Flo of Progressive Insurance, this duo attracts a fair share of scorn. But the strategy has built the brand’s name recognition in a competitive market.

Geico has the Gecko, Caveman, and a batch of lesser characters to play with. Allstate used disaster-wreaking Mayhem for a while, switched to a different ad series, and then brought Mayhem back because people liked the character so much… and it boosted Allstate’s brand awareness against Geico. The J.K. Simmons series for Farmer’s Insurance has put them into the competitive ad game. Aflac’s duck made its awkward brand name easy to remember. Nationwide has long teamed football star Peyton Manning with country musician Brad Paisley. MetLife cashed in with a long series featuring the Peanuts® characters. Liberty, whose original ad series with the Statue of Liberty looming in the background continues to air, needed a character that would bring them much-needed name recognition.

Enter Goodby Siverstein & Partners. Liberty’s Doug and his emu partner now spend a vast amount of broadcast time reminding people that they “never have to overpay for insurance.”—just as Geico’s ads hammer home their “15 minutes could save you 15% or more on car insurance” message.

Prior to the Gecko’s debut in the mid-1990s, insurance ads were largely serious and emotional (i.e., we’ll be there for you after a disaster, house fire, tornado, etc.). Geico’s challenger brand approach, courtesy of The Martin Agency, changed the insurance ad game, not just through use of humor and brand characters, but through their focus on savings over fear-based emotional appeals. There wouldn’t be a Flo, Mayhem or LiMu Emu without the Geico Gecko breaking a new path. The Geico/Martin partnership celebrated an extraordinary 25 years together in 2019.

Oddly, the one insurance firm that doesn’t use a character is U.S. industry leader State Farm Insurance. For years, Allstate ran a distant second, underwriting about half the number of premiums as State Farm as of 2017. Geico is poised to take second position. State Farm’s ads include “Don’t Mess with My Discount” and “She Shed,” among others. But they have no consistent brand character. If Geico continues to grow, will State Farm need to develop a character to fend them off?

To return to the characters-we-love-to-hate: is a brand character that we cringe at, but that helps us remember the brand name and message, still a win? We’d have to say yes. Having your target audience love a character is definitely the most desirable outcome, but it’s tough to argue with improved brand awareness and ad recall. So hate away—as long as you remember the name and the tagline.

Everything Old Is New Again: Nostalgia as a Design Trend