The Great Debate: Why Conflict Can Improve Your Creative Product 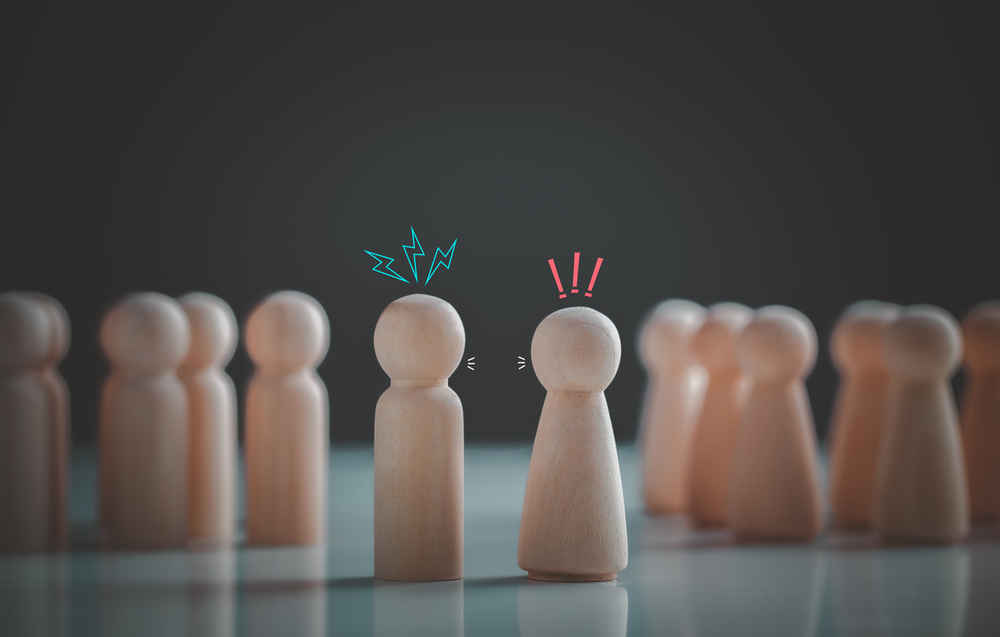 Differing priorities, work methods and viewpoints generate conflict. And that is all to the good in a creative agency looking to use all of its employees to fuel agency creative thinking. Instead of acting to deflate or deny conflict, use it to boost creativity and improve concepts.

“Creative entity” implies that ideas come from anywhere and anyone. That does not mean all ideas will fit, or not need development or adaptation to work. That leads to debate and, yes, conflict over what is good vs. better vs. best.

Because you are combining viewpoints and opinions, some of your stronger agency personalities are bound to butt heads about creative concepts. Having everyone put their ideas on the table and be given a chance to explain their thinking and perspectives is key to dissolving negative conflict. Hearing different perspectives around one idea can lead to new directions that improve an idea or make it work for new audiences or markets.

Conflicting viewpoints should not be constrained in the interest of “playing nice.” Debate helps to solidify good ideas, and identifies lesser ideas as measured against the brief.

Keep the goal front and center. Creative leaders should guide the debate by keeping everyone focused on the goal—finding the right strategy for the particular creative brief under discussion. Focusing on the goal prevents the debate from becoming about personalities. People can choose to manage their defensive reactions. Coach the agency team to recognize that critiques are about the ideas, not the people behind the ideas.

Avoid favoritism. Some people are just better at promoting their ideas, or may just have more creatively fertile brains. This means that there may always be certain agency people whose ideas are seldom or never brought to fruition. That can be frustrating. It’s important to recognize the effort—to help people feel they are being set aside, just their ideas. You also want to avoid favoring one person over everyone else. That is why keeping the conversation around the idea and how it fits the goal, solves the problem, or provides a direction worth exploring is so important in using conflict constructively.

Build a diverse team.This means not just racial/ethnic diversity, but a diversity of perspectives. Pull in people who can offer viewpoints your usual creative team may not hold—seek outsiders who have industry insights, client engineers or floor workers, people who fit your customer personas. Diversity of perspective forces the creative team to set aside personal assumptions and biases and consider problems from new angles.

Make the most of diversity.Give the creative team a chance to get to know one another. Pair people who haven’t worked together; send members out to dine together; hold evening storytelling sessions where people share personal stories around a topic. These activities encourage listening, empathy and trust.

Go with your gut… if you can back it up with reason. Ask for gut reactions to ideas, but then ask for those reactions to be considered and justified. Opposition is fine, but only if it is rational and makes sense in regards to the creative brief. You wouldn’t accept a straight out “I don’t like it” from a client, so push the creative team to think hard about their own reactions.

Be the voice of the client—ask the questions your client will ask, and push creative thinkers to work harder to persuade and convince you of the value of an idea—or its lack of value in the current instance.

Bonus 1: Making people explain why they like or don’t like an idea gives you fuel for defending it in front of clients.

Treat all ideas as equal until discussion sorts out the best. If an idea is deemed weak by all but a few, let those people who see potential play with the idea to see if they can develop it. “No bad ideas” means that potential should be explored. It may not work for the current project, but perhaps it will work for another client, or another situation.

Can’t agree on an idea? Analyze it with a Pros & Cons chart. Record the debate on a whiteboard, listing arguments for and against. Some ideas will clearly be awarded a thumbs up for development, or a thumbs down to be set aside. Other ideas will be weighted closer to even; in this case, weigh timing, workload and appropriateness/relevance to the brief to determine if an idea is worth further exploration. If these other factors allow, assign people to work on the idea and see what can be made of it. Sometimes the “best idea” from early creative discussions will sink, but the idea that initially felt weaker will rise on the crest of the team’s exploration.

It’s not about consensus. Conflict can enhance discussion of creative ideas, and help clarify objections and weaknesses. But ultimately, someone has to be “the Decider.” Build a culture where conflict is seen as part of the process, and empower teams to jointly examine the problem to be solved, and their objections or support for the idea. Often, the team will find a way to make the idea work, or come to an agreement that it isn’t right for the project at hand, without a manager having to make the call. If the team can’t agree, management should step in to make the decision. Decision-makers should hold themselves to the same critical standards as the rest of the team; it’s not just about going with your gut.

When agency leaders embed conflict management into the creative process, they can reduce the frequency of deadlock over concepts or viewpoints requiring leaders to intervene. Over time, the team will manage conflict internally, and become much better at pitching and selling the ideas they collectively create.