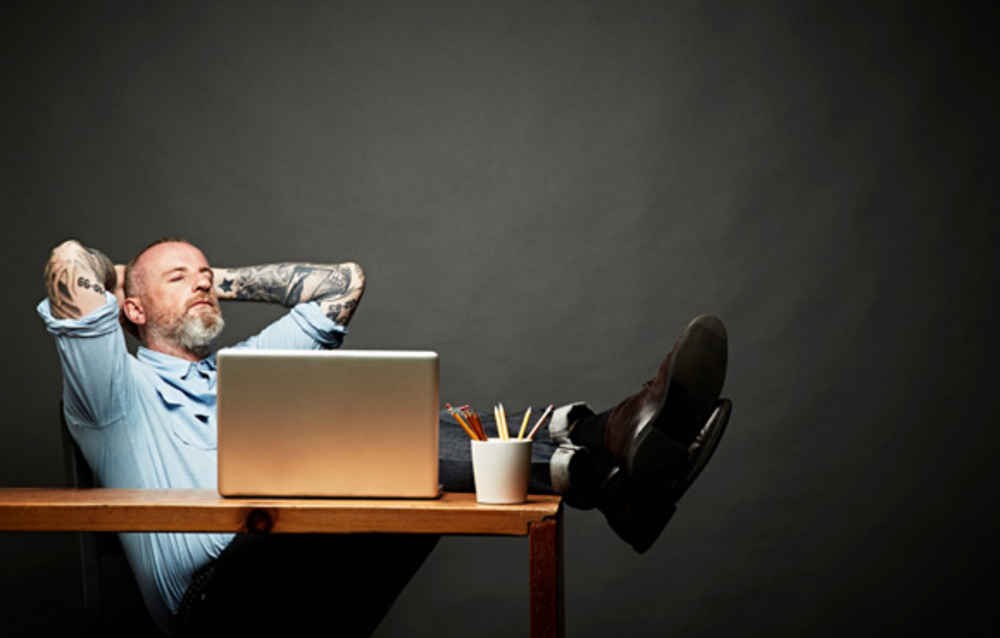 The first art director I ever worked with was a most accomplished slacker. In the morning, he would drift in well after everyone else, drop by his office and drop off a few Magic Marker comps he’d worked on at home, and head straight for the creative director’s office. There he’d throw himself down sideways in an overstuffed chair, dangle his stubby legs over the arm and begin a lively conversation that would last pretty much all day, interrupted only by the Purolator truck delivering parts for one of the go-carts he raced on weekends.

But here’s something that might surprise you. His audacious screwing around was not the thing that galled me the most. The thing that really got me was this: Those marker comps he’d toss on his desk on his way to Slackerland? They were always (and I want badly to use an expletive here) awesome. Fresh, brilliant ideas. Inspired thoughts and strategies. I hated him in an irrevocable way. Here I was, a copywriter trying to prove I deserved to be a copywriter, hunched over my desk for ten hours every day, stressed beyond all stress points, my nerves like a hair ball I couldn’t cough up… and I could not think up stuff that was as good as the stuff he was thinking up.

Since the days when I devoted much of my time to cursing the aforementioned art director, I’ve come to grips with a few realities.

Creative juices flow like tides on the Bay of Fundy. And everybody’s Bay of Fundy is different. As a creative director or agency principal, the smart thing might be to encourage the people in your office—and not just the creatives—to recognize when they feel the most creative and jam like hell during that time. It seems almost pointless to say everybody is different. But in fact, there’s a good bit of research that suggests, for our purposes, we’re more different than anybody ever thought. Some people are most creative in the mornings when they’re most alert, some are best when they’re hanging on the edge of weariness, and everybody else is somewhere in between. The practical challenges are obvious in the 8-5 world. But hey, there are always time sheets to be filled out and emails to be returned and meetings to be attended during those creative downtimes.

Wearing a long workweek like a badge of honor is nuts. Writing in the Harvard Business Review, Tony Schwartz, CEO of The Energy Project, claims that working more than 50 hours a week has been correlated in a raft of studies with less sleep, less physical activity, higher job dissatisfaction and ultimately, worse performance. That’s pretty damning.

Working smart versus working hard doesn’t have to be a competition. There shouldn’t be a dichotomy. If you’re working when you are most productive, both smart and hard will work alongside you. Tony Schwartz continues, “If you’re a leader, here’s where you need to start: stop measuring your people by the hours they put in, and focus instead on the value they produce. Make that your primary measurement.”

Your office manager may put out a contract on your life, but try this anyway. To gain the most value from every person in your agency, encourage them all to identify the time of day they feel most creative. Then do everything in your power to help them construct their day around that time… even if they are most creative at night.