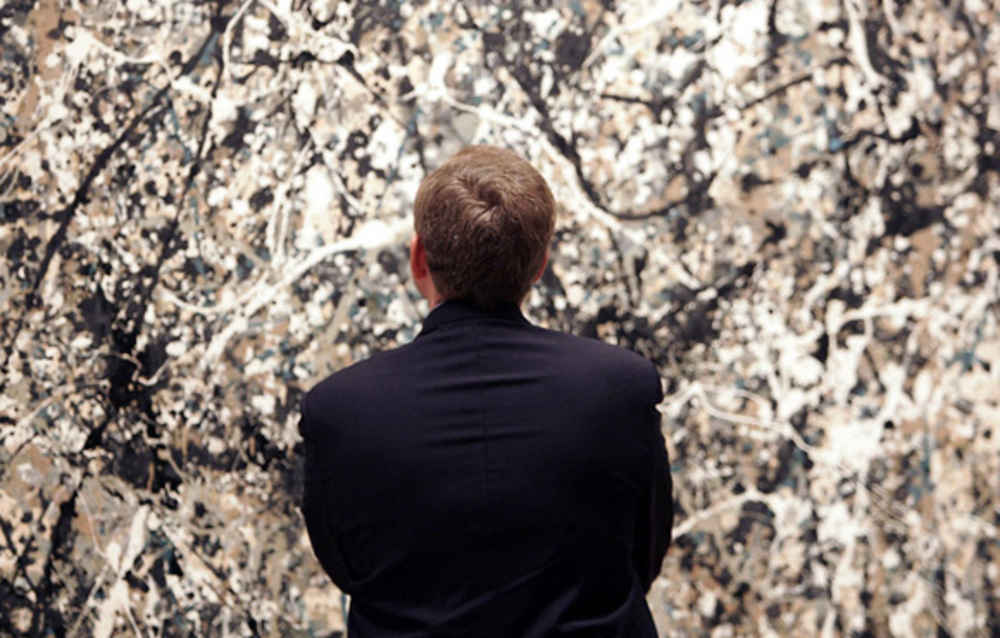 Scientists once believed that events or occurrences in nature were predictable or able to  be mathematically calculated and predicted. Then along came chaos theory, proposing that many events are, in fact, chaotic—having no order or predictability, occurring in a completely random way. But more recently, even the most chaotic occurrences have been found to contain pattern and order, such as in fractals where one can observe self-repetition of patterns, and in Fibonacci sequences, which appear regularly in naturally-occurring spiral forms, such as conch shells or sunflower heads. More about this in a moment…

Even in seemingly chaotic systems, there is often an underlying order… a sort of “method to the madness.” So it is in the often-chaotic creative environs of your typical ad agency or design studio.

In our field, a little chaos can be a good thing. It frees creative thinkers to develop concepts unhindered by excessive controls and restraints. It encourages groups of creatives to collaboratively arrive at unusual solutions that each individual might separately have failed to see. The eternal agency struggle is in finding a way to impose some level of workplace order on the creative chaos without inhibiting the flow of ideas.

How do you impose structure on chaos without stomping on creativity? The trick is to walk the line between heavy-handed enforcement and encouraging participation in a humorous and appealing way.

Look for the benefit to the employee. How will completing an input form help them? Identify those who adopt quickly and appoint them to “talk up” the benefits to co-workers. Word-of-mouth works within organizations just as it does from consumer to consumer.

Explain process as “tools” to help create better strategies. A creative brief is not a “form,” it’s a “directional clarifier.” Have fun with it. Humor makes most processes easier to accept. However, don’t allow employees to just laugh off the process and detour it.

Team process-oriented people with non-process types. That way, someone is writing down input, filling out the creative brief, recording approvals and changes, and generally doing the team’s due diligence.

For those who abhor process, encourage them to do “process-oriented” tasks at the beginning of their workday. Make sure there’s some good quality coffee or tea accessible, and let them know that doing the “boring stuff” early will then free up the rest of the day. Studies have shown that most people have good creative energy around mid-morning, so this habit should fit with your agency's creative rhythm.

Nothing is carved in stone, but creatives need to remember the objectives—and serve the brand. If they can do those things by taking an unplanned detour from initial input, all to the good. But they have to be able to justify the detour (no free passes!) in a way that convinces the account service people so they can convince the client.

There’s chaos and then there's  #*>!!CHAOS! Learn to recognize the difference. Allow the first, take steps to rein in the second. Learning what your “acceptable” degree of chaos is will help you establish an appropriate level that will work for all agency personnel.

Be aware of the difference between a messy desk and procedural chaos. Recent studies indicate that messy people just “organize” in different ways than the neatniks. Forcing a “messy” person to clean their desk off once a week may actually create more chaos for the worker, who won’t remember where s/he moved the suddenly essential stack that used to be right there on that corner of the desk. Don’t waste everyone's time trying to fix a personality quirk rather than out-of-control procedures.

A little chaos can be a highly creative state to encourage in your agency. Just be light-handed in your attempts to manage it, and your chaos-friendly creatives.

Back to the Fibonacci sequence, a series of numbers beginning with 1 in which each number is the sum of the two previous numbers: 1, 1, 2, 3, 5, 8, 13, 21, 34,  etc. A sunflower head is formed of two opposite sets of spirals, 21 spirals going one direction and 34 going the other. 21 and 34 are consecutive Fibonacci numbers. Look at a pinecone—repeating rows of 5 and 8 petals. A pineapple? 8 and 13. For any value larger than 3, the ratio between any two consecutive numbers in the sequence is approximately 1:1.61.

By the way, designers may be familiar with the Golden Ratio (or Mean), identifying an eye-pleasing ratio of height to width. The geometric proportion of this ratio is 1:1.618. Your chaos theory lesson for the day is herewith concluded…

A New Agency Model: Are You Ready to Be More Creative?